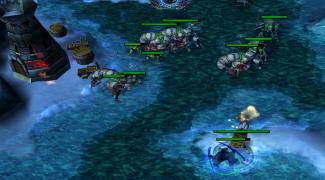 Enmity Campaign is a classic example of the "old school" style of AoS seen around 2004-2006. Hero design was just blooming into a worthwhile pursuit, and most modders were anxious to try new things. Enmity certainly went the distance, with adjustments to the usual formula on almost every front. 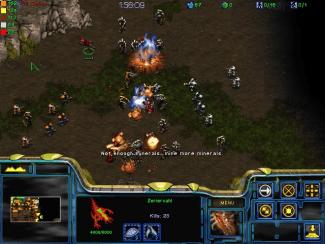 Aeon of Strife is the original Starcraft map which inspired the lane-pushing game genre. Feast your eyes on the battleground where it all began. 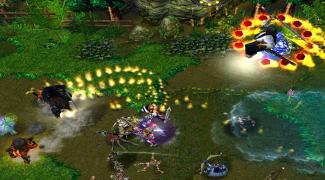 A consistent favourite of public players, Age of Myths is a 6v6 AoS with a central focus on hero versus hero combat. It is notable for having heavily scripted custom heroes, along with some of the flashiest spell effects in the genre. 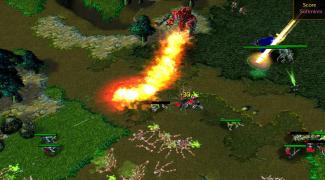 Land of Legends is an AoS most notable for its innovative hero classification system. Each hero in LoL has a class (Melee/Ranger/Caster) which restricts the items they can buy. Items sell for 100% of their cost, which makes switching item build or 'upgrading' items easy to do at any point in the game. The four main item groups are below: 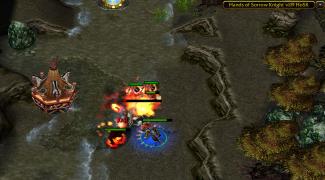 Hands of Sorrow Knight took a very liberal approach to hero customisation. This is the primary feature of the game, and the procedure for picking and customising a hero is quite elaborate.

I'll describe each step in full below: 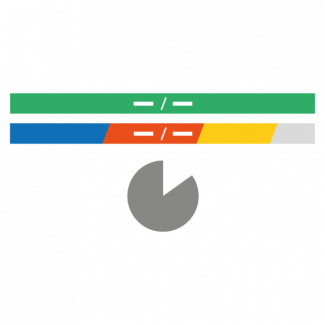 This article is about ability resources: a type of mechanic which a moba designer can use to direct when a player should use their hero's abilities.

If an ability is free, a player will use it in every situation where it is beneficial (or at least, more beneficial than attacking, which is also free). It is usually more elegant to make this kind of ability passive or toggled. 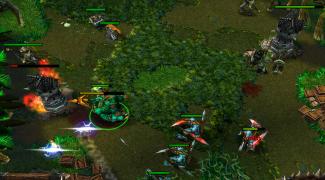 The Great Strategy was one of the first AoS maps to take a hands-off approach to hero design. The premise was that heroes start with a single innate ability, and players can buy and upgrade the rest of their kit by spending a special resource called Ability Points, gained primarily by leveling up, but also by killing enemy players.

Abilities are divided into four types: 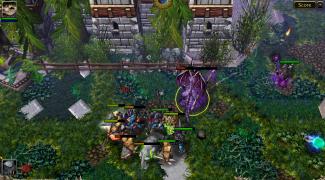 Now is a really nice time to be reviewing Megalith, because development was recently picked up again. Megalith's landscape is intricate and lovingly detailed, partly because the game was designed to be played with a third-person camera, making it the first third-person moba! 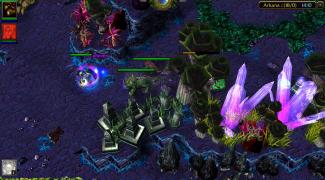 PerSonas and its sequel Arkana are a pair of maps which both implemented a very clever mechanic called the perSona switch. At the start of the game, players pick two heroes; each is called a persona.

At any point during the game, pressing 'Q' will activate a perSona switch, instantly replacing one persona with the other. Switching preserves life and shield percentages, while removing buffs and disjointing projectiles, so the ability has intrinsic value. 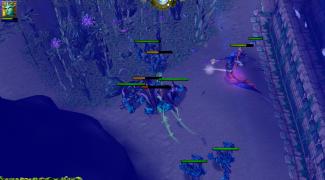 Water War - Submerged was one of the earliest maps to do something different. The game consists of two warring factions of amphibious creatures, Clan Aqua and Clan Marine, battling it out across the ocean between their island encampments.

The factions are completely identical, right down to the unit models and colours. The game is a 4v4 matchup over three lanes, but this is about as non-standard as three lanes gets!

Softmints
I will also be heading to @Imirt_ie and @Games_NI's event "Run for the Border" tonight to catch up with lots of fin… https://t.co/wrX2RJQ4Dv
1 week 3 days ago

Softmints
A dev blog update for RoW! We got tons done in the last month. I also wrote some details about our current toolset… https://t.co/Nnhhwh2ts5
1 week 3 days ago

Softmints
Finally got around to publishing my interview with TekkVicious, developer behind Enmity Campaign (2005)! Check it o… https://t.co/NtVwvUYOOC
1 month 2 weeks ago

Softmints
Just finished an interview today with TekkVicious, the developer behind Enmity Campaign! Should be published on… https://t.co/O4Toj7Sv4N
3 months 4 weeks ago