Equipments! The story of Items, Talents, Spells, and Trinkets 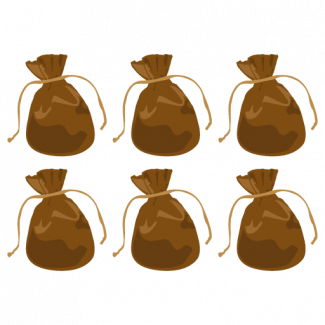 In this article, I'd like to introduce a broad classification of gameplay elements which I find useful when describing a lane-pushing game.

As players progress through a match, they have the option of outfitting their hero with various long-term bonuses. I collectively refer to these bonuses as equipment. Each type of equipment has a maximum number of slots, and a variety of things which can be equipped to these slots.

I use a simple notation when describing equipments. An equipment with 5 slots and 100 options will be referred to as a 100c5 equipment (read this as: 100 choose 5). This might represent a team with 5 player slots picking from a pool of 100 heroes, or it might be a hero with 5 item slots picking from 100 items.

Having equipment is definitely a positive feature: players can enjoy innovating new builds and personalising their heroes, while teams are given a chance to adapt to enemy picks during the game.

The classic form of equipment is items, which ranges from 50c6 to 150c6 (six item slots with 50-150 available items to fill them).

Items are the only form of equipment used in DotA, because they were natively supported by the Warcraft engine, and over the years the game built up around them. As a result, just about everything that a DotA hero might need during a match is available in item form.

A recent trend in the genre has been to divide the item pool into new types of equipment. League was the first to do this, introducing runes, masteries, and summoner spells; the most interesting of which is summoner spells.

Why did League's designers take certain actives off items and make a new equipment for them?

So we can see there's a pretty good set of arguments for setting summoner spells aside from items. What other reasons might we have for defining new equipments? 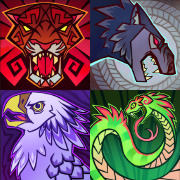 Dawngate introduced yet another equipment type called roles. Each player picks one of the available four at the start of the game, determining the most efficient way for their hero to gain gold throughout the match.

Roles allow players to take any hero and play them as a jungler, or as a ganker, etc. Other lane-pushing games have indirect ways to choose a role, such as the Hand of Midas item in DotA, or the Smite spell in League of Legends. Smite (the game) has a small subset of items called "starting" items like Bumba's Mask and Watcher's Gift which also clearly correspond to particular resource streams, though these are lumped in with items.

Roles being a separate equipment has a number of advantages. By choosing a role, players are committing to playing the game in a certain way, which gives a sense of direction for new players, and makes for better communication and understanding among even experienced team-mates.

This is great in terms of player psychology, but might be restrictive at higher levels of play where players may want to break out of pre-defined roles.

A few months ago, League introduced an equipment of their own called Trinkets, which allow every hero to interact with their team's vision control in a specific way. As well as making communication easier, I felt this validated vision as a gameplay element in its own right.

It was no longer competing with items for attention, and as a result it has become a more stable and well-integrated part of the game.

In practice, lane-pushing games tend not to be games of exploration and experimentation. Above a certain level of play, players tend to allocate their equipments to maximise their stats, or to finish a "build".

One approach to defining equipments is to introduce them where they would streamline the decisions a player makes about their build. Typically, after picking a hero but before the match begins, players can allocate some of their equipments. In DotA this would be starting items, but in Dawnage a player will have chosen their role, sparks, spiritstones, and the first of their spells before heroes have even spawned.

Each of these equipments represents a different decision in a player's overall build. For example, sparks allow players to focus their stats on early-game or late-game by picking the appropriate sparks: perhaps choosing between getting a flat +1 armour, or +0.7% armour which becomes stronger late-game.

Spells are generally geared towards adapting to the enemy team (they function as failsafes, as mentioned above), while items tend to be the meat of the build, but depend on gold income. So we can see that decision of "do I aim for early or late?", or "how do I adapt?" is (at least partly) separated into different equipments.

So should moba designers create a new equipment to represent every decision, with the noble goal of making choices clearer and easier to communicate as we've discussed above?

It's possible, but we might not want to go too far. There is another important thing equipments bring to the table, which is diversity. To understand where I'm coming from, I highly recommend you take a moment to skim through my favourite article on the internet. It won't take long.

The depth achievable from the interaction of simple rules is astounding. I think moba players intuitively understand this, because the genre has thrived on it. As designers, we want to use diversity to give players depth.

We can calculate the number of ways to allocate an equipment quite easily. Summoner spells in League are a 13c2 equipment, which gives 78 possible configurations (try this at Wolfram|Alpha). Now, there's a couple of things we are trying to balance:

To maximise diversity, League's designers could have made summoner spells a 13c6 equipment. This presents 1716 unique builds, which is huge! However, it would completely contradict our goal of making a player's choices meaningful. There would be almost no cases where a player would be forced to pass up the Flash spell, for example.

Being able to choose 6 spells would have lots of possibilities, but very little decision making. For this reason, we must be careful about how accurate our measure of diversity is in practice.

I mentioned earlier that if we have a 100c6 item equipment, adding a couple more items does very little to increase diversity, particularly compared to the number of things we're asking a player to learn. We don't want to give players more slots though, because while slots increase diversity, they trivialise decision-making.

So what's can we do? The solution is to add more equipments. Summoner spells offer 78 possibilities, while Roles offer 4. If a hero had both, we can multiply their totals together to see that there are 78×4=312 ways to build for that hero. As we include more equipments, the number of unique builds shoots up very quickly.

That said, we may want to use equipments sparingly, because each extra equipment is a significant extra thing new players must learn, and a gameplay element they must interact with forever-more.

An example of a game which uses few equipments but achieves an exceptional amount of depth is perSonas. While it only has 2 equipments (heroes and items), they're (approximately) 50c6 and a 50c2, the product of which immediately gives 19 billion options, and very few bogus builds.

I really like this approach of having few equipments, but well-populated ones. It seems to strike the right balance given our goals listed above.

A different approach is used in RPGs, which typically have many single-slot equipments. For example, a there might be 40 different helmets in the game, but a player can only choose one, making "helmets" a 40c1 equipment. Combining this with the various other item types like gloves, armour, and belts produces a lot of possible builds, though they tend to have a lot of correlation. 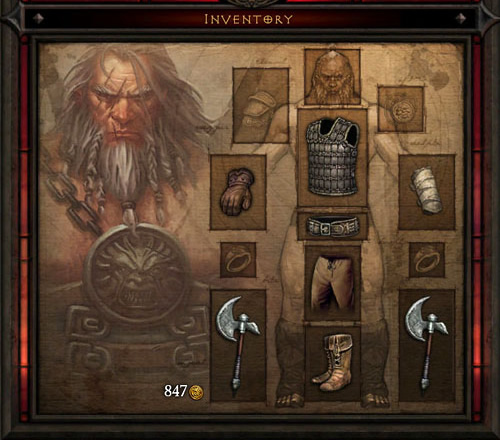 Making equipments represent different decisions is one way to avoid that correlation. For example, just because a hero takes the 'jungler' role in Dawngate, doesn't mean they will necessarily take the Vanquish spell that helps with jungling, because spells are usually chosen to adapt to the enemy team.

This means that more of the possible final builds are reached in actual games, though it's hard to say how important adaptability is to the player's perception of their completed "build".

Depending on how broadly you're looking at the game, equipments can be expanded beyond items or summoner spells, such as considering the team to be an entity which chooses five heroes. In random-abilities type modes, such as those in Dota2 and HoN, abilities become an equipment where heroes have 4 slots and a pool of abilities to choose from.

There is a Warcraft map called "DotA CHAOS" which gathered a substantial following in Asia, eventually becoming a standalone game called Chaos Online. One of the new features in the standalone version was the introduction of a pair of item slots exclusively for consumable items, because consumables are so crucial in that game.

Maybe some day we'll see DotA 2 put teleport scrolls, regen, wards, smoke, and aegis in their own separate slots too!

This is a nice article, thanks for the links as well. I think one thing to consider is that complete separation of equipments, as in diablo, can work in a moba (see EotA) but there are major implications on equipment requirements if you choose to do this, due to build priority and optimization. In diablo this works because items are generally acquired by random drops. Players choose their favorite items to keep as they go along, and sell others. This doesn't work in mobas for the obvious reason, but it works in EotA for a different one: Equipment are completely temporal and cost inefficient items. They're meant to be bonuses for characters that only last as long as players have extra gold. Similarly, if LoL changed trinkets to cost 1000 gold it would suffer equipment issues. Design is an optimization, and it's interesting to see how these games get around their limitations to produce a balanced result.